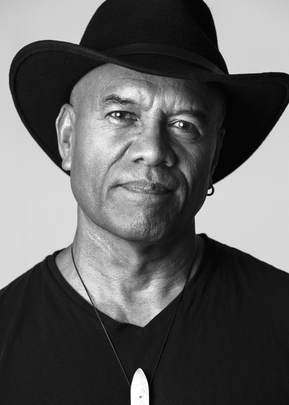 Composer, singer, guitarist and founder of the Contemporary Polynesian band, Te Vaka, Opetaia is recognised as one of the South Pacific's most influential cultural and musical ambassadors. From the onset of his career he has been on a mission to tell the stories of his seafaring Polynesian ancestors (who conquered the largest ocean on the planet) and to share his beautiful culture with the world. Due to this aim and despite his versatile musicality, he chose early on to dedicate his music to the South Pacific and to write predominantly in his native tongues (Tokelauan, Tuvaluan and Samoan).

Opetaia was born in a small village in Samoa (although his parents are from Tokelau and Tuvalu) and immigrated to New Zealand at the age of 9. Growing up, he was always surrounded by the beautiful Island rhythms, voices, sounds and dances which remain firmly as his foundation to this day. As a teen he was exposed to Western music and fast became a Jimi Hendrix fan, but in 1994 he discovered his own sound and entered the World Music scene.

Opetaia's first demo, "Ki Te La" featured a rearrangement of a traditional Tokelauan song and resulted in a fresh new sound that caught the attention of many in the industry; including Peter Gabriel's label, Real World Records. Due to an album needing to be released before his first tour with his newly formed band– Te Vaka, Opetaia and his wife (also manager), decided to sign to an independent World Music Label, ARC Music.

In 1997, Opetaia released his debut album Te Vaka (meaning "the canoe") and the Te Vaka band made its international debut with a 3 month European tour. Within a year, they were playing major festivals, including the Wintershall Charity Rock Concert, with Ringo Starr, Gary Brooker, Peter Frampton, Roger Taylor, Bob Geldof, Jack Bruce and other rock legends. They received rave reviews for their performances at the WOMAD Festivals around the world. Opetaia and Te Vaka continued their winning streak in 1998 with performances in New Zealand, Europe, England and New Caledonia, highlighted by an appearance at SXSW in Austin, Texas. They appeared twice on local Texas TV news programs and were favourably reviewed by the New York Times .

Ki Mua, the second Te Vaka album, was released in 1999. Foa’i wrote and produced the record and saw the single, “Pate Pate” go to No.1 on radio stations around the South Pacific and into the Top 10 on World Music Charts around the world. They finished the year with a nomination for “Best International Achievement” at the New Zealand Music Awards.

In 2003, while working on Tutuki, the fourth Te Vaka album, American film producers, John Garbett and Steve Ramirez approached Opetaia. They’d already licensed 2 Te Vaka tracks for a film they were making, The Legend of Johnny Lingo and requested that Foa'i write a theme song for the movie that was in English and was a love song - a request Opetaia was unwilling to fulfil either part of due to his dedication to writing about the South Pacific; it's stories and it's
issues. The producers persisted however, and so was born the bilingual hit Tamahana.

Tutuki was released in 2004 and entered the European World Music Chart at No. 4 and won “Best Pacific Album” in the New Zealand Music Industry Awards.

Opetaia's songs in the film include Logo te Pate, An Innocent Warrior and theme song - We Know the Way (English Lyrics by Lin-Manuel Miranda) plus other collaborations with the music team. He also used his own Te Vaka vocalists and drummers in the songs and in the movie score.

The Moana movie and soundtrack were a huge success; the soundtrack album spending 23 weeks in the Top 10 on the Billboard Top 200 Chart (peaking at no. 2) and a single from it We Know the Way spending 2 weeks on the Billboard Top 100 (a proud moment for Opetaia due to the fact that he sang the first verse in Samoan and the chorus in Tokelauan - an historic moment to see his languages on the Pop music charts). In November of 2017, Moana won "Top Soundtrack" in the American Music Awards (AMAs) and was nominated in the 60th Grammy Awards for "Best Compilation Soundtrack for Visual Media". In 2018 it won "Top Soundtrack" at the Billboard Music Awards.

In August of 2017, Foa'i signed to Walt Disney Records to release "Te Vaka's Greatest Hits - Songs that Inspired Moana", an album of Opetaia's songs, handpicked by John Lasseter: the head of Disney and Pixar Creative.

Opetaia is known for addressing important subject matter in his music and interviews, including human rights violations (such as the horrific continuing situation in West Papua), environmental issues (Climate change and his work with Greenpeace) and other humanitarian concerns. As such, giving back and improving the state of his Pacific Island
neighbourhood is at the top of his agenda.

Opetaia currently resides in Sydney, Australia with his wife and is the father of 4. He continues to create music and is set to tour again with Te Vaka in early 2018.